Someone commented on my previous post on “Is Lee Kuan Yew a fascist?” by saying:

I thought the point of this website was no “touchy feely” ideas?! Why don’t you have the balls to make any real statements and need to word everything as a question to protect your sorry ass? Here’s a few examples just from skimming through your article titles: “Is Lee Kuan Yew a fascist?”, “Are Singaporeans going soft?”. Why don’t you have the guts to just say what you really want to say? Oh what the hell… “Do you have no balls at all?” “Were your balls stolen by Lee Kuan Yew?” “Is your site filled with appalling hyperbole and bottomless ignorance?”. (the answer is yes)

Whoever you are, if you have the balls, you would have at least left behind a name, anonymous coward!

And I guess the same anonymous coward also left the comment on my other post about “Mindboggling quotes by Lee Kuan Yew“: 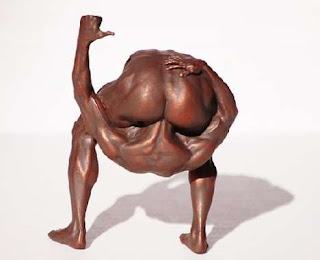 You can take over the world but you’ll still not be spared the company of fools. When YOU are able to fight your way through a political circus surrounded with allies who want to kill you, neighbours who want to starve you, and a plethora of differing races and religions of fishing village intelligence on an insignificant, resourceless dot that just had it’s ass handed to it in a war, and build it until it’s GDP is on par with the first world nations within the span of 40 years, then maybe you’ll actually be qualified to determine what ideas are mind boggling or not. Until then, the only thing mindboggling about your post is how breathtakingly inaccurate your world view is.

Guess what? You bootlicker! I suppose your head is stuck so far up your ass that if you open your mouth, you could probably see the world a bit better.

Related posts:
The bogeyman is among us
The Lee Kuan Yew that very few Singaporeans know about