Daewoo Lucoms, a subsidiary of Daewoo Electronics, has followed Samsung’s footsteps to release its first UMPC, called Solo M1. Like the Samsung Q1, the Solo M1 sports a 7-inch touchscreen LCD, which is powered by an Intel GMA 900 graphics engine integrated into the unit’s 915GMS chipset. 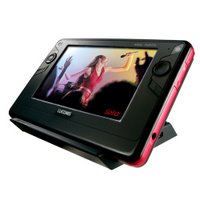 An optional docking station is available, which provides four extra USB ports as well as S-Video and VGA outputs.

Related post:
Origami: Death of the Tablet PC as we know it?