Everything about these machines screams Wii, except that they are cheaper and, as you can imagine, of inferior quality.

As if the Vii and Vii2 weren’t cutting it for cheap asses who want to play games, China Shenzhen Firstsing Co. Ltd has released a 7-in-1 console that features a wireless gamepad, two remote controls and a whole bunch of attachments. The company, which brought us the unnecessary cooling fan for the Wii, has done away with the old-fashioned CD and replaced it with rectangular game cartridges. 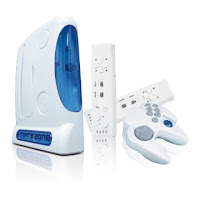 The 9800 MiWi video game system from Eittek Electronics, however, makes no effort to disguise the similarities. It comes with a pair of wireless controllers that looked as if they’re made from the same mould as Wiimotes. Even the logotype on the packaging looks strikingly familiar. Check out the details at TV Sportsgame. 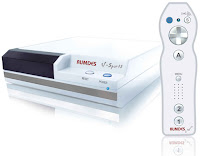 The latest Wii knockoff is the V-Sports console from Rumdes, a Hong Kong-based electronics firm. The V-Sports does its best to copy the motion-control concept of Wii Sports, but at least it doesn’t pretend to be one.

Related posts:
Wii-Diculous?
Designer coffins
China is not the only copycat