Is it any surprise we have bird flu? Now if someone can tell me more about pigs… 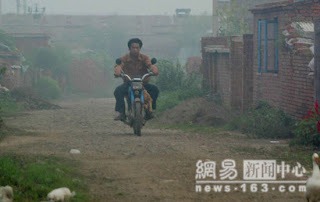 Early dawn, a worker starts the day by riding around to collect dead chickens 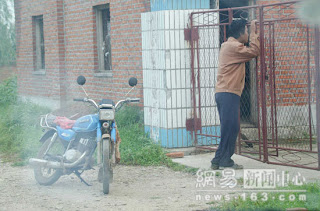 Asking around for dead chickens 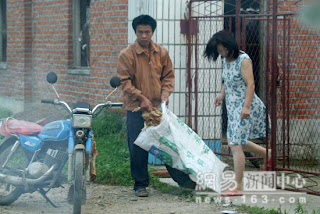 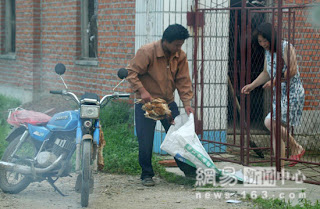 A dead chicken cost 1 RMB and would be sold at 9 RMB after processing. 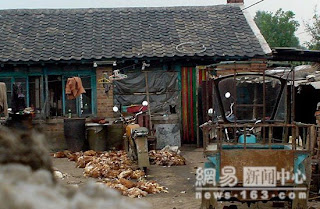 Storage for the dead chickens in the court yard 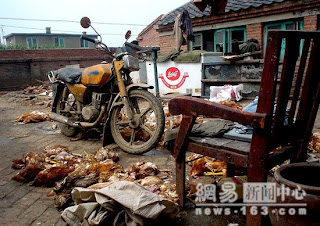 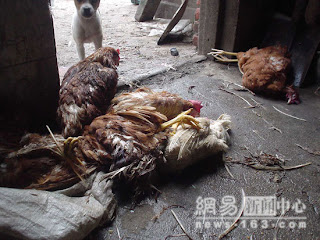 And on the floor… 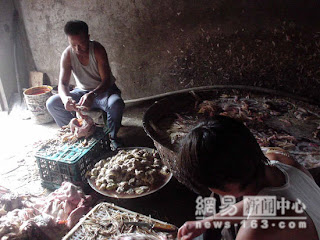 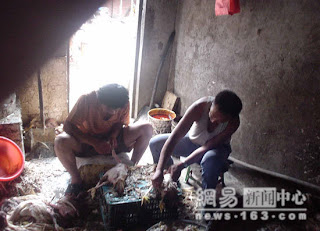 Enduring the pungent odour, but sometimes, it gets so terrible that even the most experienced workers would puke. 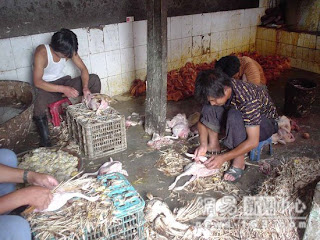 Workers rushing to get the chickens de-feathered 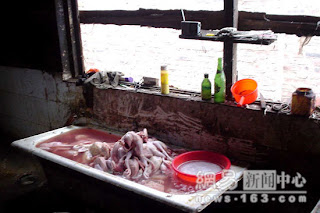 A discarded bath tub being used to soak the bare skin dead chickens. The contaminated water would have accelerated the decomposition process. 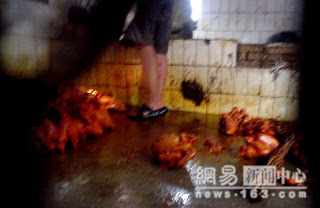 Wearing slippers walking among the chicken before the colouring process 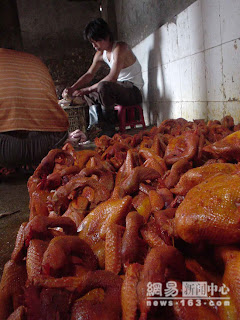 After the colour dye, it’s creepy to find that the chickens look quite tender. 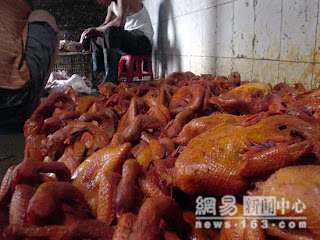 One thought on “Chicken anyone?”