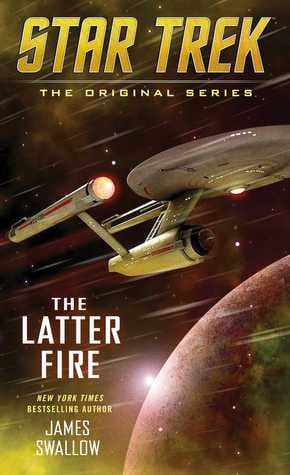 It’s always a joy to read something from the original Star Trek series. The chemistry between Kirk, Spock, Bones and Scotty is undeniable, no matter who penned the story.

With Captain Kirk, the action is usually thick and fast, with less of the elaborate (and deliberate) philosophical musings prevalent in some other series. However, while The Latter Fire is an entertaining read, the plot is a bit formulaic.

As always, the Federation’s self-defeating rules and high-handed morals (Tormid’s criticism did have some elements of truth) often put people, not just the Starfleet personnel, in harm’s way more than necessary. It makes for good television, but you can’t help but wonder why they did not learn to deal with situations with a better approach than gambling on their luck. Also, despite their insistence on their brand of justice, the end result is the same: Tormid was killed.