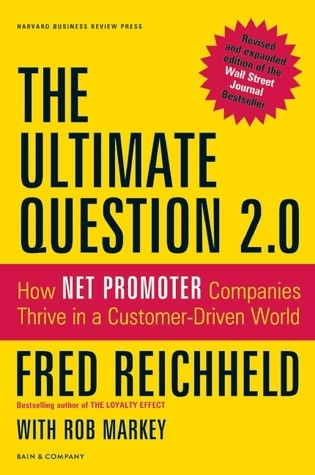 The Ultimate Question 2.0 is written in a manner that is both easy to read and understand, unlike books such as Hustle and The Impact Equation that are full of fancy buzzwords and fluffy concepts.

The authors placed an intense focus on just one concept, instead of trying to push across a bunch of highfalutin ideas at the same time like so many other business books.

Some may argue that there’s a lot of repetition as a result, but they serve to reinforce the points rather than act as fillers. The case studies cited were relevant and informative.

Uncannily, the negative reviews fit exactly the profile of detractors (especially those with vested interests) described in this book.

What’s interesting about The Ultimate Question 2.0 is that the authors didn’t just highlight everything good about the Net Promoter system. To their credit, they also talked about the negative aspects if the system is implemented incorrectly as well as the challenges that arise (e.g. sample bias and survey fatigue).