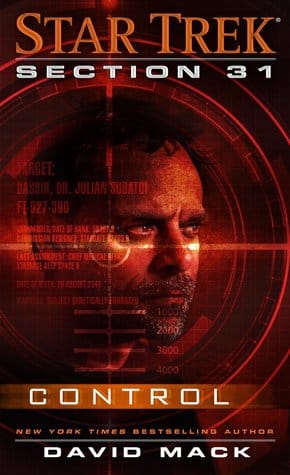 David Mack’s Star Trek novels seldom disappoint. This is no exception. Section 31: Control details the grim prospects of an artificial superintelligence (ASI) running amok due to a lack of, well, control.

Early on, the concerns regarding Uraei (the presumed ASI) was raised by a Ms Ling:

“For now it is restrained to analysis, identification, and notification. But what if it analyzes our responses to its advice and finds them wanting? What if it concludes that our follow-ups are ineffectual? Or worse? Would it adapt its own responses to force better results, regardless of whether we participate in or approve of them?”

But this was quickly dismissed by Ikerson:

“No, that won’t happen. I’ve built in safeguards, restrictions that will let Uraei work independently while remaining accountable. Its actions will be constrained by the letter and the spirit of the law at all times.”

Well, we all know how it will work out when someone talks about something foolproof.

You must wonder. What took Ikerson and Admiral Ko so long to realise the dangers Uraei posed?

Chapter 33 is a full chapter with lines after lines of “codes”, which may be fascinating to programming nerds.

However, the constant jump in the timeline not only leaves you a little confused, it also disrupts the pacing of the story.

The ending is a bit “meh”. I can’t say whether it’s anti-climactic or predictable, but it definitely seems like much ado about nothing in retrospect.