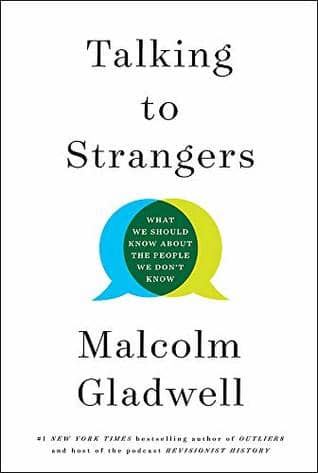 There’s no doubting Malcolm Gladwell’s storytelling prowess, but if you have read his previous works, you will find this a bit formulaic. The audiobook version (read by Gladwell himself) sounds very much like his Revisionist History podcast, with sound clips that served to enhance the experience.

In Talking to Strangers, the stories are great; the premise, questionable. Gladwell suggests most people “default to truth” when interacting with strangers and that considerable evidence is needed before we believe someone is lying. This “default to truth” problem sounds compelling, except that Gladwell lumped too many examples under his broad “Talking to Strangers” umbrella and I sometimes find it hard to pinpoint the link. In fact, some of the “theories” he tried to put forth sounded pretty contentious.

Be warned. The book touched (no pun intended) on some adult themes, such as rape and pedophilia. There also appears to be a lot of “misunderstanding” in the stories told, which makes you wonder how much of that should be taken with a pinch of salt.