There was a lot of talk about denying the Party Against People a blank cheque during the recent General Election campaign in Singapore. And people were quick to celebrate after the Workers’ Party managed to wrestle the new Sengkang GRC from the incumbent. But let me put the election results in simple terms so it’s easier to understand.

61 : 32 = This is (probably) not a blank cheque.
I’m qualifying this statement because voting in parliament does not necessarily mirror this representation.

Incidentally… (just to be fair)

And when you give a blank cheque to the ruling party, you will be mocked like this:

Read this insightful Facebook post by Roy Ngerng and you will realise that the blank cheque will continue to exist in the foreseeable future.

And for those who are clamouring for proportional representation, the ship has sailed. 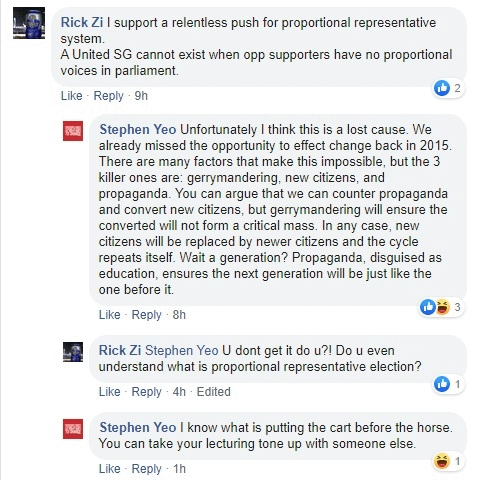 If you wonder how this will have an impact on the implementation of proportional representation, you need to first understand the role of a member of parliament in Singapore.

One thought on “Blank Cheque Explained”