A reader by the name of Tom Grundy wrote in to The Standard newspaper in Hong Kong today to criticise the HK government’s response to the post-80s generation.

Below is an excerpt of his letter: 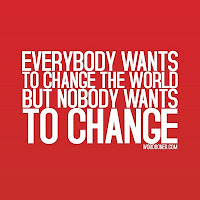 Almost as frustrating is Donald Tsang Yam-kuen’s clueless response to the rail link dissenters. Somehow he believes the real issue is the failure to engage us young people through Facebook and Twitter. The government is dreaming if it thinks the same old message published through new technology will have any more impact. Perhaps until we are deemed mature enough for democracy, the government should do less talking and more listening.

That’s the problem. Everybody wants the other party to do less talking and more listening, but in the end, who is actually listening?? It appears to me that members of the post-80s are a by-product of the “I, me and myself” mentality and I’m not sure if they really care about social issues or are just vying for their 15 minutes of fame on reality TV. Oh wait, let me apologise for my generation and the ones before who brought about your perceived reality.