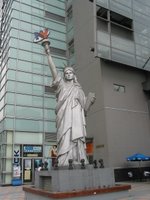 If there’s one nation that can predict Armageddon with certainty, it must be the Taiwanese. Switch on the television during a normal weekday, and you’ll be able to catch a stock “guru” confidently putting his reputation on the table for his guaranteed profit-making stock pick.

Flip over to a talk show, and you’ll see Mr “I told you so” Politician pounding the table to get his point across while other invited guests do the same, with the host desperately trying to maintain control. Unless you have vested interests in the topic being discussed (or should it be argued?), several men and a host – none of them listening to each other – make a sight to behold.

And yes, in both instances, I guess the table suffered most. 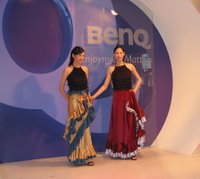 But don’t be mistaken. Taiwanese are real nice people, especially members of the fairer sex.

During my last few trips to Taipei (for Intel Developer Forum and Computex), I somehow gathered that the Taiwanese have been seized by a siege mentality, which explains its unhealthy reliance on the U.S. to counter the threat of the Chinese. This threat, I suspect, has also pushed the Taiwanese to adopt a live-life-to-its-fullest attitude.

In some ways, Singapore is rather similar to Taipei. We share the same siege mentality (though for different reasons) and we all lean favourably towards the West because of that. Singaporeans have also copied a lot of ideas from the Taiwanese, as evidenced by the bubble tea craze and the regurgitation of variety shows gimmicks.

Juha Saarinen, a fellow journalist who went on the same IDF trip this year, felt otherwise. Making money is what matters in both Taipei and Singapore, he said, but Taipei reminded him more of Kuala Lumpur than Singapore – not as tidy and scrubbed clean, yet perhaps a bit more free than the latter. Furthermore, he added, Singapore doesn’t have half as many scooters.

What it means to be Taiwanese?
This question in itself could warrant an essay. Undoubtedly, China’s influence plays a major role in defining Taiwanese identity, but it would be inaccurate to view Taiwanese as displaced Chinese.

For a nation that has survived colonisation by the Portuguese and subsequently Japanese, Taiwan has made great strides – both economically and politically.

If you think freedom of expression and wacky ideas are the prerogatives of the world’s biggest bully today (i.e. the US, in case you haven’t got that figured out), think again. Tune in to any entertainment variety show in Taiwan, and you’ll realise that whatever reality bullshit that the U.S. cable networks have been churning out pales in comparison to what Taiwanese TV hosts and participants are prepared to do for one hour of fame. 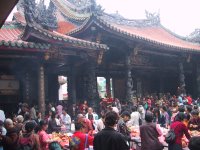 The outspokenness of Taiwanese is pretty amazing if you take into consideration that martial law was implemented as recently as 1947. The February 28 incident (or 2-28 as it is commonly known) had a lasting effect on the psyche of the Taiwanese nation, although the KMT government denied its existence until the lifting of martial law 40 years later in 1987. Put this outspokenness alongside the development in Singapore and you’ll probably scratch your head over Singaporean’s political apathy.

Apart from that, there are some things that I don’t quite understand about Taipei.

Traffic lights: Some pedestrian crossings, which I swear measure only two Shaquille O’Neals placed head to toe after each other, start the countdown from 70-something or more. Others, which appear more like the length of an Olympic-size swimming pool, have the counter ticking down from 30 or less. I fail to see the logic.

Convenience stores: Pick any major street in Taipei, and chances are you’ll see at least one 7-Eleven on it. With any luck, you can probably spot two or more 7-Elevens on the same street, and some other convenience stores sandwiched in between. This phenomenon gives a new meaning to convenience.