Especially if it happens to be known as a Power Mac. Affectionately called a “64-bit race car” by Apple CEO Steve Jobs, the new Power Mac G5 is nothing short of a speed demon.

Although Apple’s propaganda claimed that the Power Mac G5 is “the world’s fastest personal computer and the first with a 64-bit processor”, exactly how it can get away with that remains a mystery. After all, AMD has, months ago, released its Opteron line, which is a much faster 64-bit processor that does 32-bit applications without performance degradation. 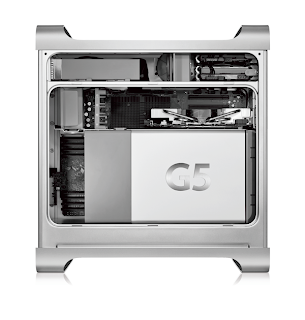 Still, the Power Mac G5 is one mean machine.

Powered by a new PowerPC G5 processor designed by IBM and Apple, the Power Mac G5 supports unprecedented memory expansion of up to 8GB and can virtually address a mind boggling 18 exabytes (18 billion billion bytes) of memory. It can also run existing 32-bit applications natively.

A pity, though, that Apple chooses to harp on benchmark tests that are, to say the least, biased.

The series of tests, run by VeriTest, compared the Power Mac G5 against 3.0 GHz Pentium 4-based and 3.06 GHz Dual Xeon-based systems. However, I’m compelled to call into question the test methodology adopted by VeriTest.

Firstly, the Power Mac G5 was not pitted against a comparable 64-bit Intel Itanium-based system, which makes one wonder whether it was the capabilities of the platform or those of the compiler that was tested.

Secondly, an open-source compiler, GCC, was used for the benchmark tests, even though Intel’s own compiler is better optimised for the Pentium 4 and Xeon architectures.

While it makes sense for Apple to claim a technical victory over the Intel camp, benchmarks don’t matter much unless you’re a hardcore gamer or a DIY specialist. (Incidentally, these two groups of users won’t be easily converted by Apple’s performance edge – for various reasons.)

Furthermore, the benchmarks will probably be meaningless once Intel cranks up the performance of its chips in a couple of months.

Physically, the Power Mac G5 is hard to fault. The new anodised aluminum alloy enclosure is built around four independently controlled thermal zones for advanced air-flow management, with fans in each zone that are individually controlled based on a sophisticated combination of thermal and power monitoring.

The Power Mac G5 is available in build-to-order configurations through the Apple Online Store and authorised Apple distributors.