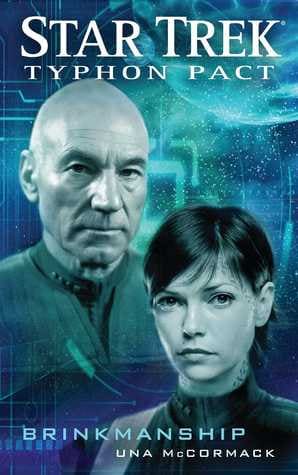 Not a fan of Una McCormack. The Way to the Stars left a bad taste in the mouth for me, but I wanted to give the author another benefit of the doubt.

Unfortunately, that didn’t pan out. There’s just too much emphasis on style over substance in Brinkmanship, resulting in the fluff at the beginning of each chapter.

Whereas David Mack uses the plot to pique one’s interest in the story, Una McCormack tries to string along a story with dialogues which sometimes get nowhere, just like the long drawn-out negotiations between the Federation and the Venetans/Tzenkethi.

Furthermore, the interactions were often shallow, similar to the accusations being flung around by the various parties. And there was no attempt to allow the characters to delve deeper or provide more meaningful depth into their interactions (which other authors in the series might have done).

P.S. The Ezri Dax in this book came across as slightly different from the one depicted by David Mack, whether in tone or mannerism.

P.P.S. If you think the description of the Tzenkethi society fits a communist regime like North Korea, think again. The sophistication, imho, has a certain Singaporean ring to it.