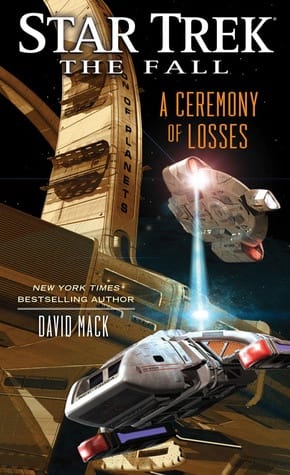 In typical David Mack fashion, the story in A Ceremony of Losses got off to a slow start, but the tension built rapidly towards the last third of the book.

Rogue elements both in the Federation and on Andor ensured that one bad turn followed another in quick succession, leaving one to wonder when the Andorians will see the light at the end of the tunnel.

The Andor political conflict sounded eerily like the current US elections, with plenty of rhetoric about truth.

There is also a good amount of discussion about blind obedience to orders from higher authorities, which still plagued the supposedly “enlightened” beings of the 24th century.