I left Singapore back in 2005, perhaps a little disillusioned by the socio-political landscape at that time. It was a hard decision, leaving family, friends and a host of support systems, especially when my next stop wasn’t exactly an expat paradise.

Life in Manila wasn’t a bed of roses, but my limps were holding up pretty well and I had no extensive need for bed (or for that matter, roses). Some of my fellow Singaporeans, however, would probably not hesitate to complain about anything that is less than first world in this laid-back archipelago. 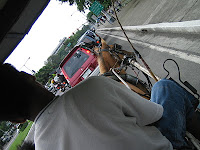 True, certain parts of Manila are not for the unadventurous. I had in fact been ripped off by a purveyor of kalesa (horse-drawn carriage) while riding on one in Intramuros, but being taken for the ride was my own undoing.

As with many less developed cities, one may also argue that safety is a major concern. That’s where I think a lot of Singaporeans take things for granted when they travel. Even if you are in a relatively safe place, applying a little common sense on what you do and how you behave in a foreign land seems like a no-brainer to safeguard yourself. Of course, this is said without the benefit of foresight of the Manila hostage crisis last year. 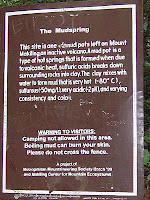 But I have no regrets. Not having to moan about first world pains is good enough as a reality check on my priorities in life.

During the two years that I was stationed in the Philippines, I made real friends (not mere acquaintances), saw a real mountain (not Mount Faber or Bukit Timah Hill), and experienced a real storm sweeping across Makati (not just heavy thunderstorm – ok, these days Singapore has to contend with flash floods, but that’s another story).

Amidst all that, I made no bones about my intention to stay away. But sometimes things don’t always go according to plan…