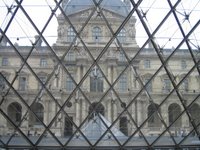 In case you’re wondering what the hell is going on, this isn’t a write-up on some stupid game show for people with irrepressible throat itch. Rather, it’s a little reflection of my trip to Paris in February.

Naturally, some would regard this comparison as grossly unfair – to Paris, that is. Truth be told, I was physically in this resplendent city for only three days, so it’s not unusual for my fleeting impression of it to be a little biased. 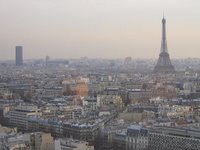 For many people, Paris is a dream destination because of the many touristy sights like the Eiffel Tower, the Louvre, and the Arc de Triomphe at Champs-Elysées, as well as thousands of cafés, shops, and bakeries that tantalise and inspire. There are also many fine vantage points – including the Eiffel Tower, the bell towers of Notre Dame, the Montparnasse Tower, and Sacré Coeur – where you can get a good panoramic view of this rather large city.

So large that, on arrival at Charles de Gaulle airport, I swore I could have taken a domestic flight from the landing spot to reach the Austin Powers-like terminal. Like many other passengers on the same Air France flight, we were bemused (some annoyed, rather) that we had to disembark in the middle of nowhere despite the freezing weather and were packed like sardines and bussed around the airport, as if on a tour of the facilities, to the terminal, even though many air-bridges were not being used.

Where are the bloody signs?
And if you think transferring between the North-South and North-East train lines in Singapore is a hassle, wait till you try the metro lines in Paris. The colour-coded scheme of our various train routes (with only end destination an indication of the direction of the traffic) is probably inspired by similarly colour-coded train routes in Paris. With the limited train lines in Singapore, the situation is less confusing. In Paris, where the number of train lines is roughly four times ours (they’re so complicated I can’t even count them properly), end destinations are meaningless unless you’ve been in the city long enough. To compound the problem, signage is poor and first-timers who can find their way around the intricate web of underground tunnels should count themselves lucky. Occasionally, the entrance to the subway system itself is so obscure that you could easily miss it if you blinked while walking by. 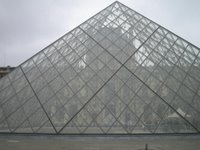 Like City Hall or Dhoby Ghaut station in Singapore, Chatelet – where many metro and suburban lines converge – is flooded with people. If you have been to Paris, then chances are, you were nearly trampled to death at Chatelet while trying to transfer from one metro line to another.

Apart from that, Singapore shares many similarities with Paris. Our Orchard Road is obviously modelled after Champs-Elysées in Paris, and the Sky Tower, which just opened for business in mid-February on Sentosa, is another attempt to draw close comparison with the more renowned Eiffel Tower. Even Singapore Power’s logo is quite similar in design with that of Gaz de France.

The question, however, is not whether a country that has prided itself as being number one in so many areas should be such a copycat. The question is: Did we fashion after the Parisian way of life but succeeded only in matching its high cost of living?

Of course, some would argue that Paris has an edge because the city is rich in cultural and historical heritage. But that would be giving too much credit to heritage. (In any case, having visited the Louvre, I think Mona Lisa was way over-rated.) 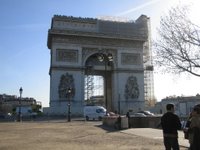 One thing that really struck me was the amount of preservation work being carried out at various locations that I happened to visit, such as the Arc and Eiffel Tower (where two of the four towers were closed for renovations). If only the Singapore authorities had spent half the time preserving old buildings rather than tearing them down to build new ones, we might have a few monuments to show at the end of the century.

Reality check
If there’s anything to take comfort in, it’s that the service level at Parisian hotels appears to be sub-par compared to their Asian counterparts. And no, I didn’t check into Paris Hilton (hotel or otherwise). 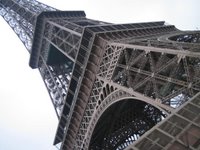 Service elsewhere is a mixed bag of surprises. Some were pleasant and helpful, while others were quintessentially “French”. For instance, the ticket seller at Eiffel Tower pretended not to understand my request for “un billet” in order to reinforce the well-known myth that no foreigner can possible speak French properly. At times like these, you can be excused for wondering if the day would have been better spent sitting in a café drinking coffee and eating croissants.

Fortunately, the service at restaurants and cafés is at least a marked difference. One waiter at a French restaurant even offered to take us to the nearest waiting area for taxis at the close of business. Then again, he’s from Hong Kong.