The thing about migrating from a film SLR to a DSLR is that there is a tendency to shoot at a lower ISO than what the camera sensor is fully capable of resolving these days.I only realised this when a friend casually mentioned that most of my shots were made at ISO 100 or ISO 200, which used to be the film stock I would normally shoot with, depending on lighting conditions.In the light of that comment, I decided to push things a little bit. Here are two shots taken at ISO 400 over the weekend at Resorts World Sentosa. 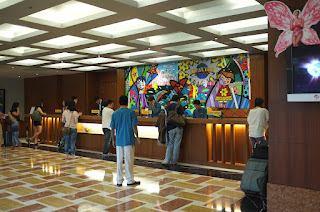 Lobby, Festive Hotel (Fujifilm X100, f2.0, 1/40 sec, ISO 400)Prior to taking this shot, a middle-aged Chinese guy (presumably of a certain nationality, not in photo) was creating quite a scene by raising his voice over some room arrangement. Pity the frontline staff who had to deal with it. 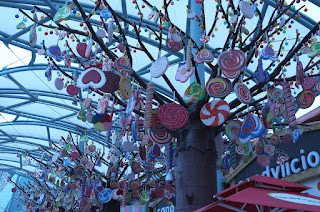 Candies, Candylicious (Fujifilm X100, f6.4, 1/450 sec, ISO 400)Took a shot of this candy tree outside Candylicious at The Forum on candlelight setting, hence the odd hue.

Popular now
Blank Cheque Explained
Need more cloud storage for your files? Keep everything in sync with Sync.
Get started with 5GB free.